Cup of Nations Objective
To provide the Memphis Community a time to come together, build partnerships and positive relationships through a 7v7 soccer tournament.

The game of 7v7 soccer is played on a smaller field, but keeps the basic outdoor rules with a few modifications. The Cup of Nations in Memphis will have one division: Above 18 Men’s

Description
The main differences from full field soccer include a smaller pitch and a reduced game duration with no off-sides. There is a one-man system for refereeing games and substitutions can be made whenever, regardless of whether the ball is in or out of play.

7v7 soccer is ideal for all players due to the smaller field and higher repetitions of touches in competition.

The Cup of Nations is a tournament format similar to the World Cup. The first round will be a round robin within your group. The top two teams from each group will advance to the Championship between Group A and Group B. Remaining teams will also play at the same time as Championship round.

Uniforms: Teams must all indicate their color on the Team Registration Form. If the tournament is large and there must be same colors, the organizer of the tournament will provide different colored ‘pennies/vests’ indicating the team color. Shin guards are required for each player. 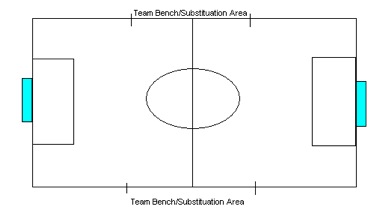 Sanctioning
Tournament is sanctioned with US Soccer through USSSA. Tournament director will receive $2,000,000 liability and facility insurance for weekend tournament.

Referees
All games require one center referee.
Mark Herrington will serve as our Referee Assignor.